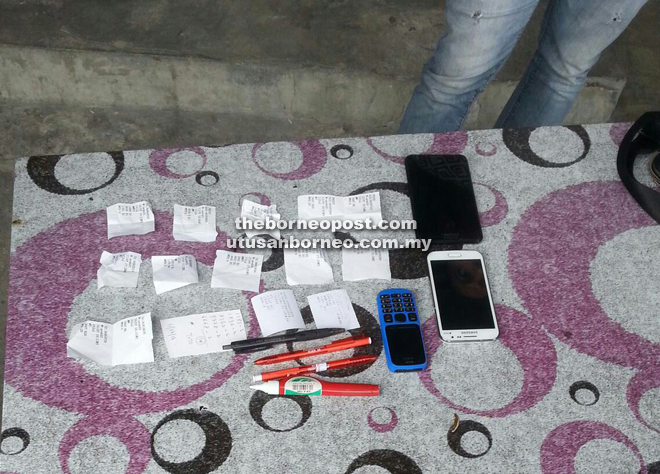 Illegal lottery paraphernalia seized during one of the raids.

State CID chief SAC Dev Kumar said cash totalling RM4,906 believed to be proceeds from these illegal activities, were also seized during the raids conducted across the state.

Of the 20 collared, 12 of them were women. One suspect was a foreigner.

“State and district CIDs conducted 15 successful gambling raids against illegal character lottery and online gambling from July 25 to 31,” he said in a press statement yesterday.

Of the raids, seven were conducted by state CID headquarters, three by Limbang CID and one each by the CID in Kuching, Miri, Sibu, Padawan and Bau.

“As directed by the State Commissioner of Police, Datuk Mazlan Mansor, state and district CIDs will continue to mount raids to stamp out illegal gambling.”