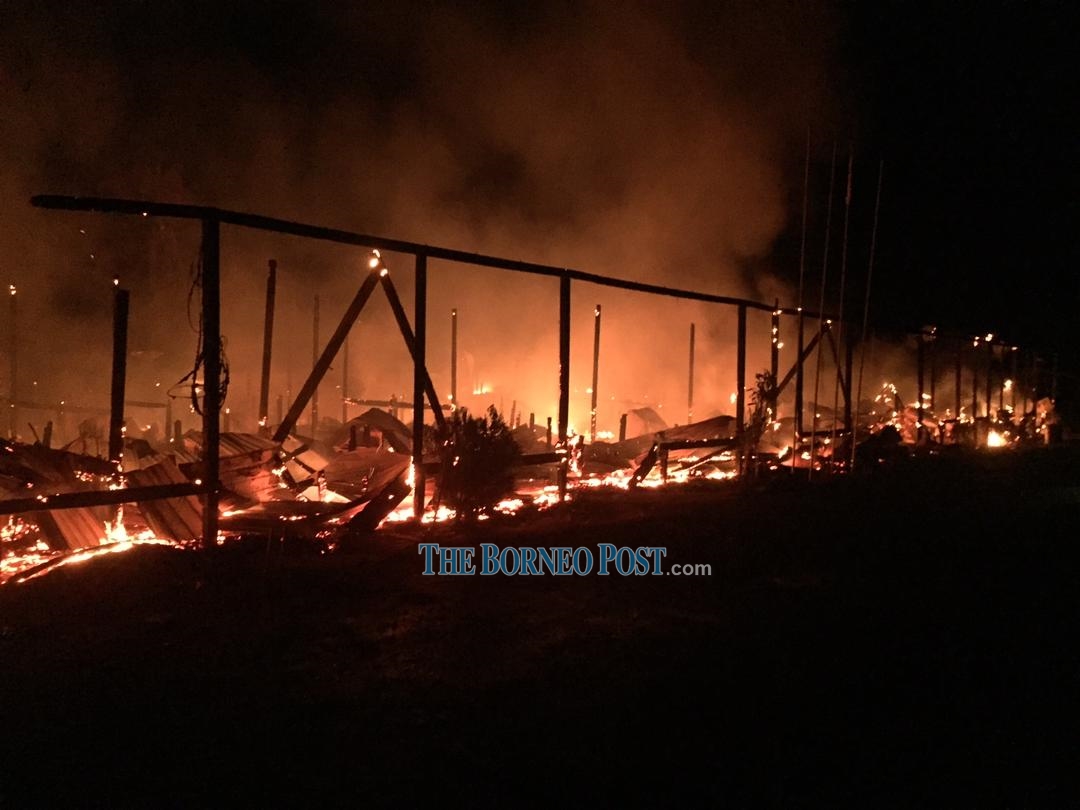 The fire destroyed 19 out of 24-door longhouse in Bukit Limau, Lapok.

MIRI (April 6): About 180 residents of TR Jeff Achum longhouse in Bukit Limau, Lapok were left homeless after their longhouse was destroyed in a fire last night.

According to a statement from the Lopeng fire station, they received the distress call at 8.16pm.

Firefighters were then rushed to the scene, which is located some 117 kilometres from Miri and arrived at the scene at 11.45pm.

“Upon arriving there, the personnel discovered that 19 out of the 24-door longhouse were completely destroyed by fire,” it said.

Fortunately, no causalities were reported in the incident.