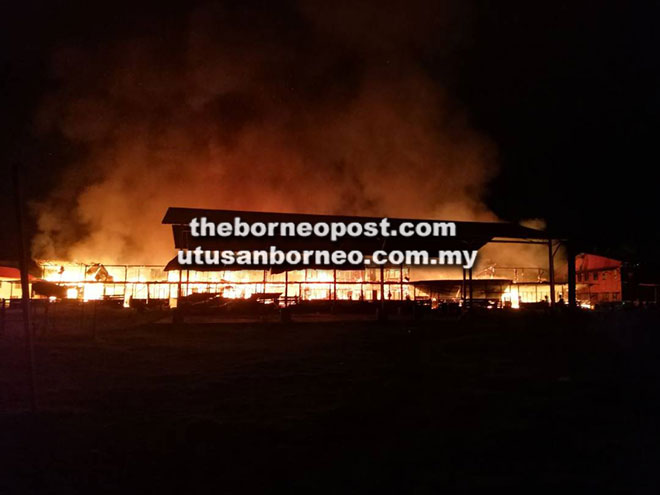 MIRI: A total of 135 people were made homeless early yesterday when fire destroyed 11 doors of a longhouse in Long Palai, Ulu Baram.

No casualties were reported in the incident, which is believed to have started around 2.30am.

Although it was unclear how many doors the longhouse had, 11 units were confirmed destroyed in the fire.

Baram MP Anyi Ngau, when contacted yesterday, said he had been informed of the incident.

“I am still waiting for more details on the incident.

“There has been no telephone access so it is difficult to get information.

“However, I hope to visit them by next week,” he said.

Meanwhile, a Fire and Rescue Department (Bomba) spokesman said a distress call regarding the situation was only received at 7.25am.

“A team of personnel from Bomba Marudi was dispatched to the scene, but the journey to the longhouse took six-to-seven hours via a logging road,” said the spokesman.