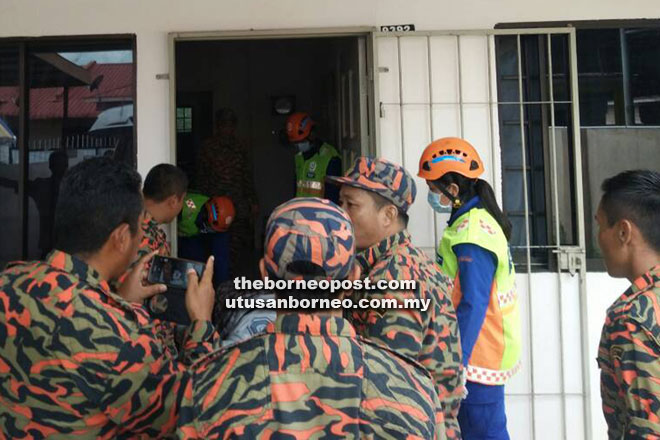 Bomba and APM personnel work to move the man out of the house.

MIRI: A team of 11 Fire and Rescue Department (Bomba) and Civil Defence Force (APM) personnel was required to move a man weighing over 180kg to Miri Hospital on Tuesday.

“He contacted us for help as he was having breathing difficulties, and could not walk. Therefore, we sent over a team of three men to the scene to check on him,” Mohd Hazle said here yesterday.

The team arrived at the man’s house in Permyjaya at 2.22pm and found that the man had a fever and was vomiting.

“Because the man’s weight is estimated to be 180kg, the team needed help from Bomba, therefore they contacted Bomba for assistance,” he said.

The team finally managed to do so at 3.12pm.