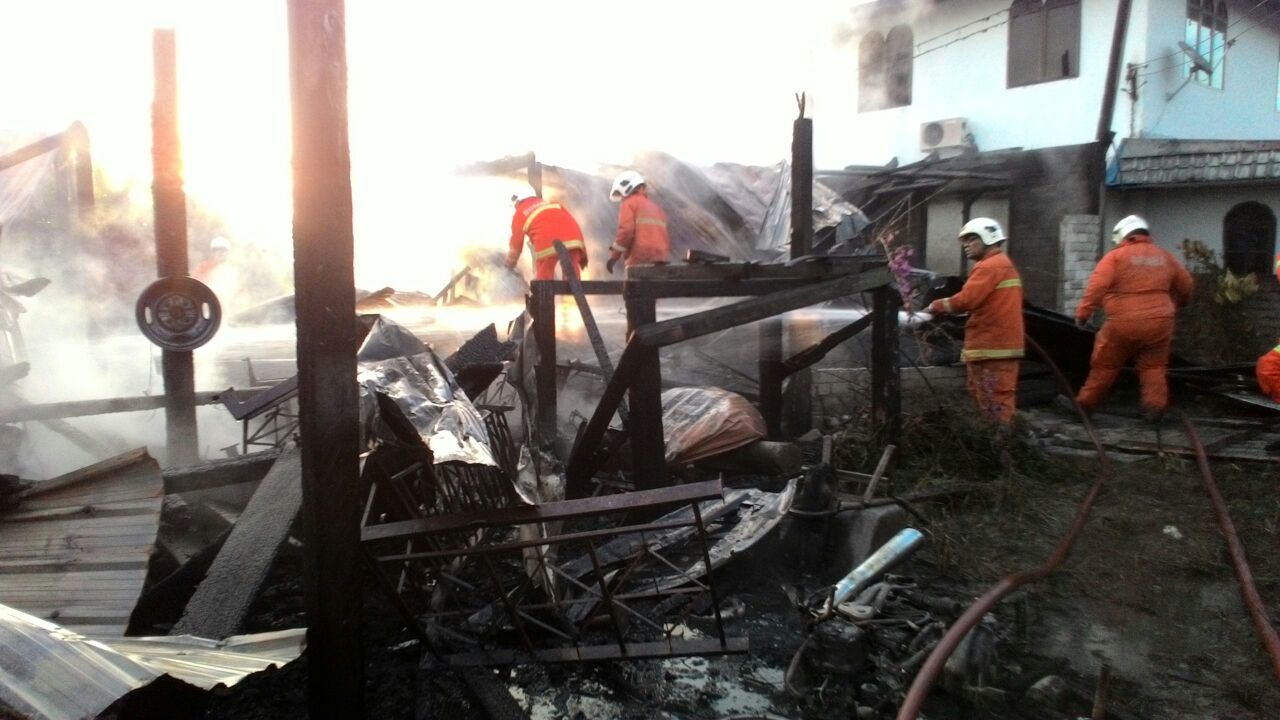 Bomba personnel put out remnants of the fire that completely destroyed the house, claiming the life of one victim. Photo courtesy of Bomba

MIRI: A 10-year-old boy has perished in a fire that razed a double-storey house in Kampung Pujut, Miri today.

According to a statement from the Fire and Rescue Department (Bomba) of Lopeng, an emergency call alerting them to the blaze was received at approximately 6am.

Upon reaching the scene, Bomba personnel immediately began extinguishing the fire which had already spread to the entire house that had reportedly also been converted into a workshop.

After sifting through the razed premises, Bomba personnel discovered the body of the 10-year-old victim between two cars on the ground floor.

His body has been handed over to the police for further action.

The authorities are investigating the cause of the fire.

Poor boy. May his soul rest in peace.