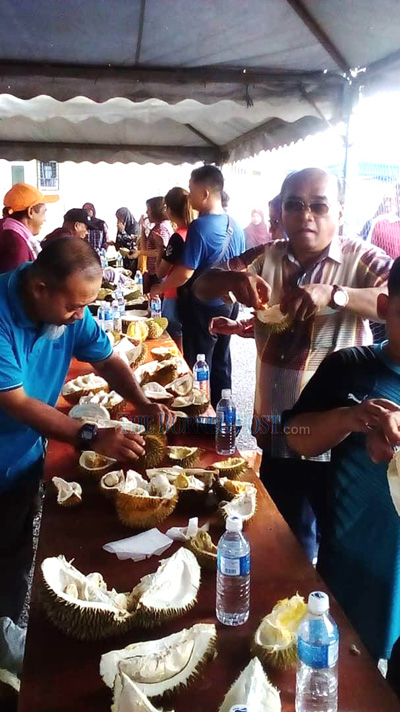 Visitors get to eat as many durians as they can for only RM20 per person during the festival in Bekenu. 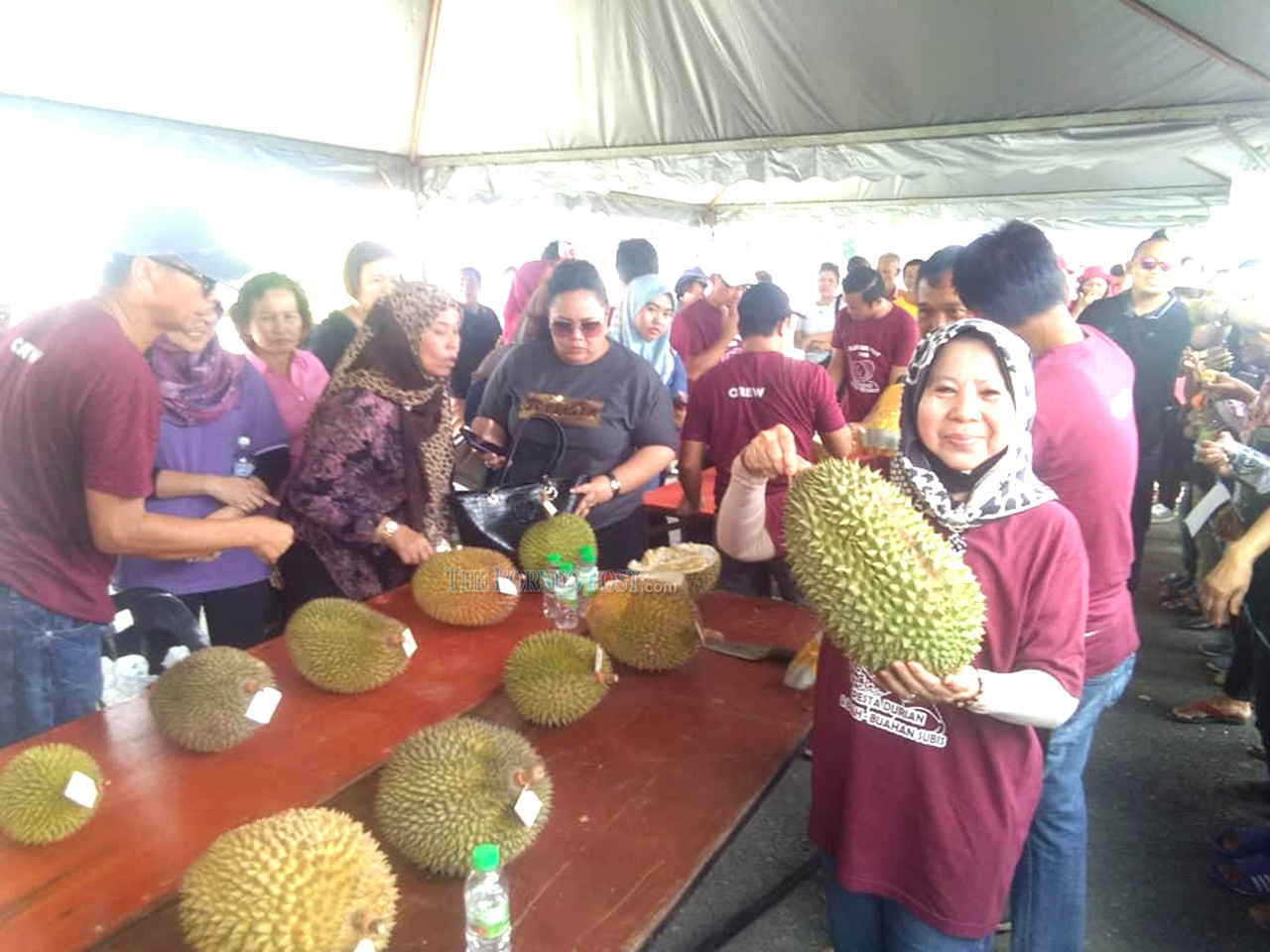 Rosey holds a big-sized durian at one of the booths.

Assistant Minister of Welfare, Community Wellbeing, Women, Family and Childhood Development Rosey Yunus regards this is a way for the government to increase the incomes of the local people.

“We hope the recipients would do proper maintenance of these seedlings so that they could grow into trees and bear fruit,” she said in officiating at the opening ceremony of ‘Pesta Buah Buahan’ (Fruits Festival) in Bekenu recently.

Present were councillor Hadijah Sheikh Kassim and Simunjan Serit, as well as officers from Agriculture Department offices of Miri and Bintulu.

Rosey said 2,372 recipients from 59 villages and longhouses were involved in cultivating Musang King durian, with each family being given five seedlings.

“We hope more farmers in Bekenu could earn more incomes from their agriculture products like durian, rambutan, langsat and dabai,” she added.

Rosey, who is Bekenu assemblywoman, also hoped that more farmers would have their own Musang King durian orchards in the next six years, as there were great demands for the fruit locally and from countries like China. She also encouraged local farmers to go into fertigation farming of herbs, watermelon and pineapple, as well as into ‘kelulut’ (stingless bee) honey production.

Fruits competition for durian, langsat, tarap and dabai were also held during the festival.

The public wishing to have a taste of the many varieties of durians would only have to pay RM20 per person to eat as much of the fruit they could at the festival.